Our company’s name comes from Harry Houdini, a great magician who had actively performed in Europe and North America in early 20th century.
He was extraordinary good at escape magic, and successfully escaped from inescapable situations of all sorts all the time.
People around the world admired him with the honorable title of “King of Escape”.
We would like to help customers realize such travels as escape themselves from their daily life – with our hope in mind, we named our company Houdini Corporation after the King of Escape. 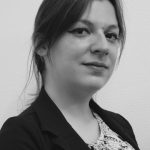 FounderRita Vignali
BA Asian Economy and Law,Ca’ Foscari University of Venice (2016)
Ms. Vignali has been deeply influenced by Japan’s Manga and Anime culture since her childhood, majored in Japan study and earned BA from Ca’ Foscari University of Venice, the pinnacle of Japan study in Italy. She also studied in Japan at Kyushu Kyoritsu University (Kita-Kyushu) and Toyo University (Tokyo).
After graduation, she joined a major Japanese SI company and was responsible for international business. While working, she actively promoted cultural exchange programs between Japan’s local communities and guests from abroad.
In 2017, she established Houdini Corporation in order to realize tours, in which tourists can experience real local culture.
She is fluent not only in Italian language, but also in English (C2) and Japanese (N1). 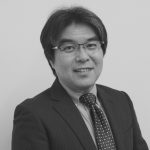 CEOAkio Kawai
BA Political Science, Waseda University
MBA Entrepreneurial Management, The Wharton School, University of Pennsylvania.
Mr. Kawai was engaged in various international projects in New York and Beijing at a leading Japanese SI company. Also, he had been entrusted to run one of Kyoto’s oldest publishing companies specialized in Buddhism and Japanese Traditional Arts for 8 years.
In 2014, he has established Rural Charm Institute, and has been promoting revitalization projects in Japan’s rural regions including conversion of old farmhouses into guest houses in mountain villages near Mt. Fuji.
In 2017, he has established Mt. Fuji Yamanashi Guide-Interpreters Association, and joined management team as Executive Director. (Government licensed guide-interpreter in English, German, and Chinese）
Go to Top